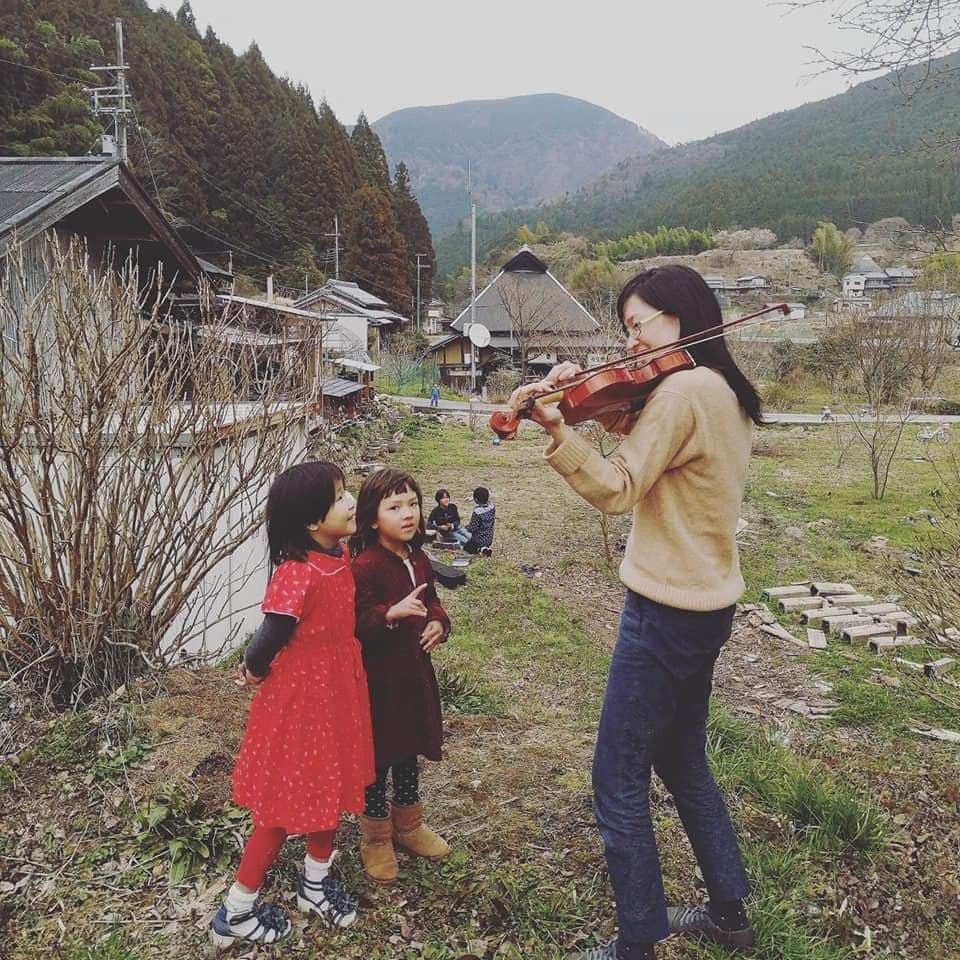 So here we are on this adventure. It has been several years since I wanted to share a sort of nomadic notebook around music. This writing project along the way gradually became that of an album. So I will try to tell you a little here about the why and the how.

Some time ago, as I was traveling in a small train that sped through the countryside on the island of Kyushu, in the south of Japan, I saw around me the sides of the mountains covered with forests taking shape, blue, in the light. I then distinctly heard in my head these words: “The Blue Mountains”.

So I wanted to write a song that would have this name “Les Montagnes Bleues”, a song that perhaps would have spoken of forests, mists, water, dancing clouds, which would have evoked this sensation of gentle beneficent mystery. that we can smell in nature, which would have tried to restore the flavor. I tried many times, made several sketches, but I didn’t finish anything. But those words stuck. And this until I understood that they would be the name of the writing project of an album listening to the waters, the trees, the mountains, the birds, the flowers, or at least that his writing would take place in a close relationship with nature and those who live there.

This project is therefore simply a project that resembles me since I spend a lot of time in nature, many of my songs already bear witness to this, and that I often write while traveling. Obviously, trying to follow the thread of this link with nature, at this very special time that we are going through, is not by chance, you can imagine.

This project is therefore a continuity in my work even if the way of looking at it is a little different. Because it is also a question here of trying to stimulate the writing process during residencies along the way in several countries and to offer collaborations to artist friends who for some have a strong link with nature. Musical collaborations obviously, but also collaborations with visual artists, who will illustrate this project, are planned. You will find regular news on this blog.

I don’t know what will emerge from this adventure or what I will keep from it, I will see. As Dick Annegarn puts it so well, the song is like a Chinese poem, it is a complete minimum. I’m fine with that and I know that I just wouldn’t compromise for that full minimum.

Anyway, I can already tell you that there will be songs from this project here, written along the way, and some things, surprises, that you will find shortly on this blog and on social networks.

You will also discover in the spring “Hirondelle”, an EP of 4 tracks that will be on this future album, 4 songs that I have written over the past two years, that I like a lot and which are directly linked to this project.

Also, I would make you discover here some songs that I have written more or less recently, maybe also others which have been being written for several years and which are awaiting their moments.

This project is also a way of repositioning itself after a year that has been more or less on hold. There is a great desire here to come back to you and continue to walk by trying to sow good seeds with the intention of sharing regularly, after these months during which I remained in radio silence to nourish this vision, the paths of the writing of this album, what is lived around, the poetic, sound and visual cartographies of the places we pass through, as well as the portraits.

For this work I would be largely accompanied by Yoko Takeda, whom you who read me here know well, who has been accompanying me on the violin and on my various projects for several years now, who manages all the organizational logistics in Japan and who helps me a lot by the way.

Coming back to these words “The Blue Mountains”, this term is correct in Japan, since green, and that of nature in particular, is often written with the ideogram “Ao” which designates both the color green and the color. color blue. There are several things that come to mind when I say these words. There is notably the text “Sansuikyo”, “Mountains and Rivers as Sutra” by the great Japanese Zen master Dogen. This text in which we find the term “The Blue Mountains” and in which it is said that nature teaches us the true law of the universe. I would not go further on this subject here, we will come back to this text soon in the company of a Zen monk friend who will enlighten us with his gaze.