Concert at the Mermaid Temple 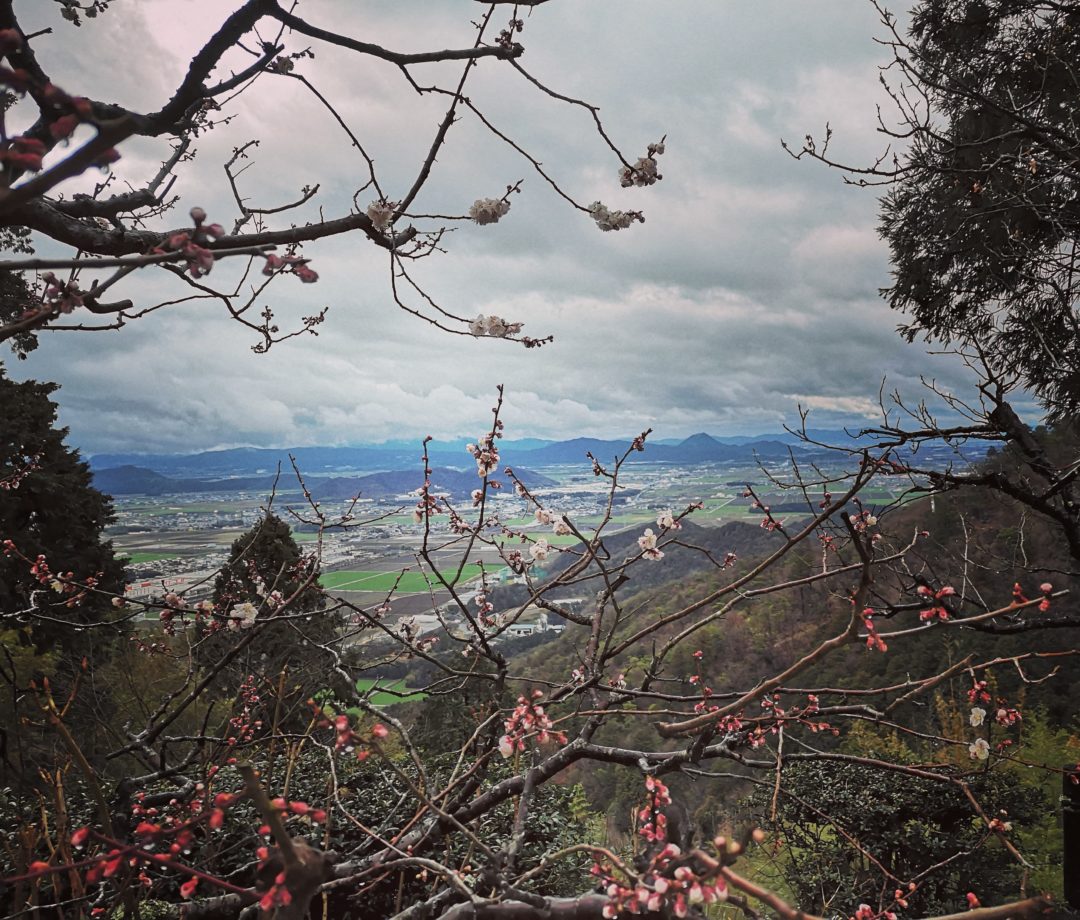 On the paths of the Blue Mountains there are temples like living dreams, refuges for passing birds where you can still experience a few magic concerts. Thus Kannonshoji and its scent of sandalwood, its horizon open towards Lake Biwa and the reliefs in the distance.

How lucky to be able to play in such a place during this period! Luck or even “link” as the monk responsible for this temple told us, referring to the net which weaves the world and which links everything: “we must know how to open our eyes to see people and know how to recognize the good links, those which must be taken care of, and also those which must be discarded, the quality of the net depends on it ”. How good to see that in the memory of those here is imbued with this notion of the net and the sense of community, of the usefulness of each one. So a big thank you to the Mayor of Omihachiman for having resonated by putting us directly in touch with the monk of this temple by hearing about the “Blue Mountains” project. A big thank you also to all the volunteers who went out of their way to make this concert and the others a great moment, to the monk with the soles of the wind, to our generous friend Yuko-san the seed sower, to Ichita-san and to Hitomi -san the luminous mermaid of the lake in her fairy house in Okishima. Speaking of mermaid and net, the story goes that the Kannonshoji was erected by Prince Shotoku Taishi, ardent instigator of Buddhism in these regions, following a meeting with a fairy on the shores of Lake Biwa . She would have confided to him to have become a wandering mermaid in the abysses of the water as a result of having been too greedy and having killed many more fish than necessary during a previous life in which she was then a fisherman. . Shotoku Taishi then had this temple built and had a representation of the Buddhist deity Kannon sculpted there, with his thousand arms helping all beings, in order to free the mermaid from her sufferings. It is thus the only temple where the legend of the sirens survives in Japan. So here is another story that links this project to his intention.